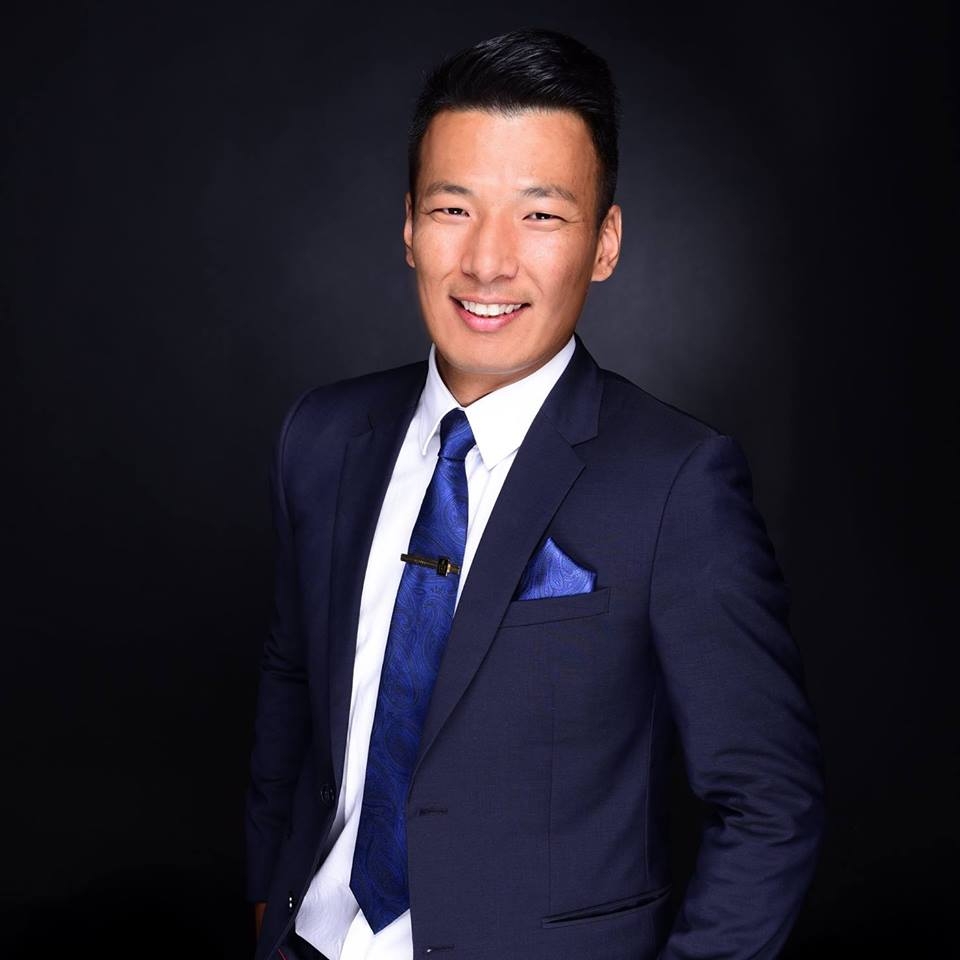 Posted at 12:50h in News & Announcements by noble-admin

Çiğdem Gül: Munkhbold, your first and last name sounds very European. Is Munkhbold Bold a Mongolian name? If so, what does your name mean in English?

Munkhbold Bold: Yes, that’s a Mongolian name. In English it means BOLD = STRONG, MUNKH = ETERNAL => ETERNAL STRENGTH…. Many parents in Mongolia give such traditional names to their children, which in turn indicate their wish in the children’s positive traits.

Çiğdem Gül: Would you please introduce yourself to our members and visitors of the Intercultural Network for Gifted and Highly Gifted?

Munkhbold Bold: My name is Munkhbold Bold and I was born on 06.12.1985 in the Mongolian capital Ulaanbaatar. I am the second born son of my parents. As a child I spent half of my life in the country with my family, some of whom still live traditionally as nomads.

I first came to Germany on 09.11.2005. Initially, my only goal was to play soccer and to finish learning German at the local language school. Later, I studied computer science at the university. As a student I did all kinds of work during the holidays. From dishwashering to the leading restaurant shifts, simply everything which was paid, I did. Later I completed my first computer scientist internship at the Elbmind GmbH in Dresden and from then on I worked as a software developer at the TU Dresden and at the Gabo mbH Co. KG. In December 2017 I founded the Noble Nomads GmbH together with my friends and my brother Tselmeg.

Çiğdem Gül: What languages are often spoken in Mongolia?

Munkhbold Bold: In Mongolia, the official language is Mongolian, which is spoken by the majority of people there. Over the last 20 years, foreign languages such as English, Russian, German, etc. have been increasingly taught in Mongolian schools.

Munkhbold Bold: Well, I lived in Mongolia until I was 19 years old; mainly in the capital Ulaanbaatar. I had attended kindergarten there and then primary school. I had also started my studies in Ulaanbaatar. During the holidays, I always went with my family to the countryside, where the animals belonging to the nomadic part of my family graze.

Munkhbold Bold: My homeland, Mongolia, is a land of endless possibilities. Mongolia is a developing country, but we have everything except the know-how and knowledge of the modern world. Mongolia has a long history; from the Huns to our Khans who ruled half the world, to the decline of the so-called socialist government and now the difficult rebirth into a modern democracy. In the last 25 years the changes in Mongolia have happened very fast and very drastically. Our nation, which has been nomadic for 1000 years, must learn to cope in the globalized world of the 21st century. This is an extremely difficult, often painful process. But I am very proud and glad that we can learn well and learn fast so that we can continue moving forward. Untouched nature, people and animals and our cultural traditions are our treasures; these are the things that we must preserve and protect.

„But our very own form of religion is shamanism. Followers of shamanism believe that all of nature is alive and full of spirits, including the spirits of our ancestors. These spirits are immensely important for all questions of daily life and must be constantly questioned, invoked and appeased.“

Çiğdem Gül: More than half of the Mongolian population lives in the nation’s capital and its periphery. The other half is nomadic. My research shows that Mongolians are considered a traditional and nomadic people. It is generally assumed that Mongolian culture is almost exclusively a nomadic culture. The Mongolian culture, however, is composed of a multitude of influences. Although the culture is strongly influenced by the nomads, Tibetan, Buddhist and Russian influences are also included.

Please tell us your view about the Mongolian culture(s).

Please tell us what the peculiarities of the Mongolian culture(s) are.

Munkhbold Bold: The Mongolians are one of the last nomadic peoples in Asia. For thousands of years we have lived in harmony with nature and our animals. Our culture and customs have developed alongside mother nature and is dependent on our relationship with our environment and with our special relationship to our animals. In the past, in the times of the great Khans, we had all kinds of religions and cultures, because our empire encompassed half the world and from these conquered countries, of course, the most diverse religious and cultural influences came back to our original homeland. One can imagine this as a first form of globalization. But our very own form of religion is shamanism. Followers of shamanism believe that all of nature is alive and full of spirits, including the spirits of our ancestors. These spirits are immensely important for all questions of daily life and must be constantly questioned, invoked and appeased. People must live in harmony with the spirits in nature in order to have a fulfilled and happy life, and in order to overcome the dangers and challenges of daily nomadic life. Later Buddhism came from Tibet to Mongolia. My personal opinion is that Buddhism teaches us how to live peacefully with each other and with nature. It is a philosophy of life for a peaceful, fulfilled life.

Nowadays, Mongolia borders only two countries, Russia and China. Relations between Russia and Mongolia have been good for a very long time. Of course there are many good and bad influences from Russia and of course there are also many cultural influences from there. The same can be said about China. However in the age of information, my generation is not only culturally influenced by Russia and China but also by the culture of many other countries. Rock music from the USA, theater and classical music from Europe, these influences can now be felt everywhere in Mongolia. So it is difficult to preserve our cultural identity. But we will preserve our culture. We will achieve that tradition and modern life complement each other and do not exclude each other. We nomads are very capable of learning and have a fighting spirit, otherwise we could never have survived under the extreme climatic conditions of my homeland.

„The lives of the nomads largely function exactly as they did 500 years ago. […] We don’t need electricity, mobile phones, GPS or the Internet, and we can do without the Oscars and Paris Haute Couture. The values that count in the cities, such as money, power, appearance and apparent prestige, are completely meaningless for the lives of the nomads in the countryside. Money or power will not help you if you can’t look after the herd, if you can’t ride well, if you lack empathy, if you can’t live in harmony with nature. True love for each other and a good portion of respect for all creatures simply count for much more to live well and happily“

We use cookies on our website to give you the most relevant experience by remembering your preferences and repeat visits. By clicking “Accept All”, you consent to the use of ALL the cookies. However, you may visit "Cookie Settings" to provide a controlled consent.
Cookie EinstellungenAlle Akzeptieren
Manage consent

This website uses cookies to improve your experience while you navigate through the website. Out of these, the cookies that are categorized as necessary are stored on your browser as they are essential for the working of basic functionalities of the website. We also use third-party cookies that help us analyze and understand how you use this website. These cookies will be stored in your browser only with your consent. You also have the option to opt-out of these cookies. But opting out of some of these cookies may affect your browsing experience.
SPEICHERN & AKZEPTIEREN
Unterstützt von